Kalinka Fox is back with the sexiest lewd and nude Dark Rey Cosplay set from the Star Wars film series that we all hoped for. 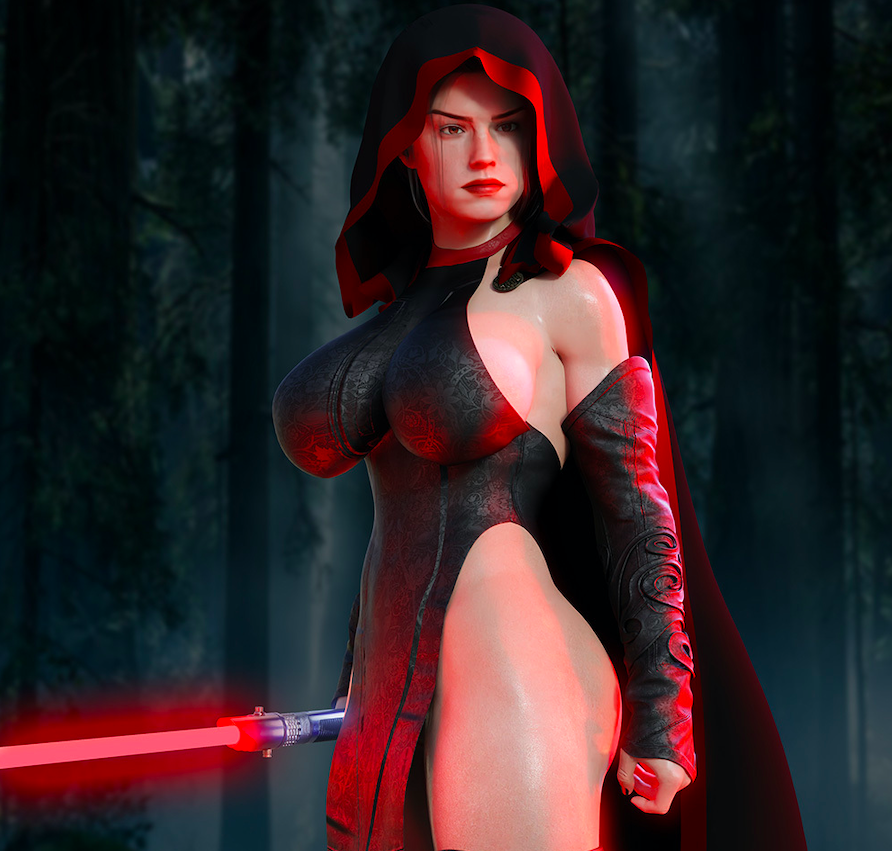 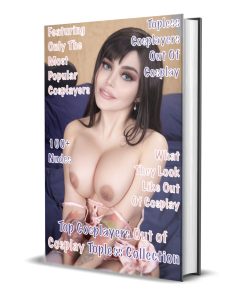 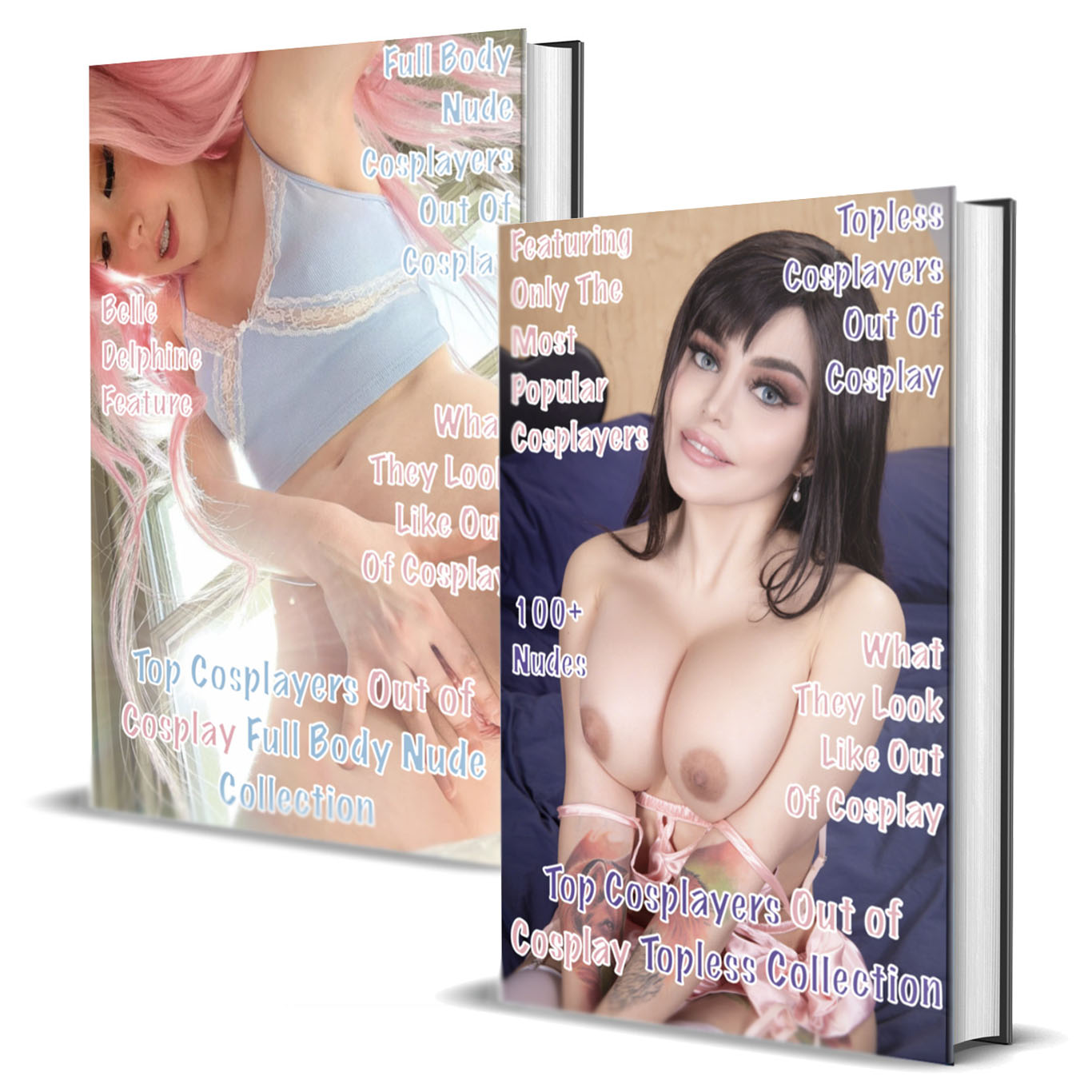 Who is Dark Rey

About halfway through Star Wars: The Rise of Skywalker, Rey has a terrifying vision of herself. After finding the Sith Wayfinder in the wreckage of the Second Death Star, Dark Rey appears to Daisy Ridley’s protagonist. This Sith version has a red double bladed lightsaber, and encourages Rey to embrace the Dark Side.

Kalinka Fox has been extremely popular this year accumulating hundreds of thousands of new followers on her social media channels. She is very consistent with her cosplays and this Dark Rey Cosplay has been voted as one of her best yet. 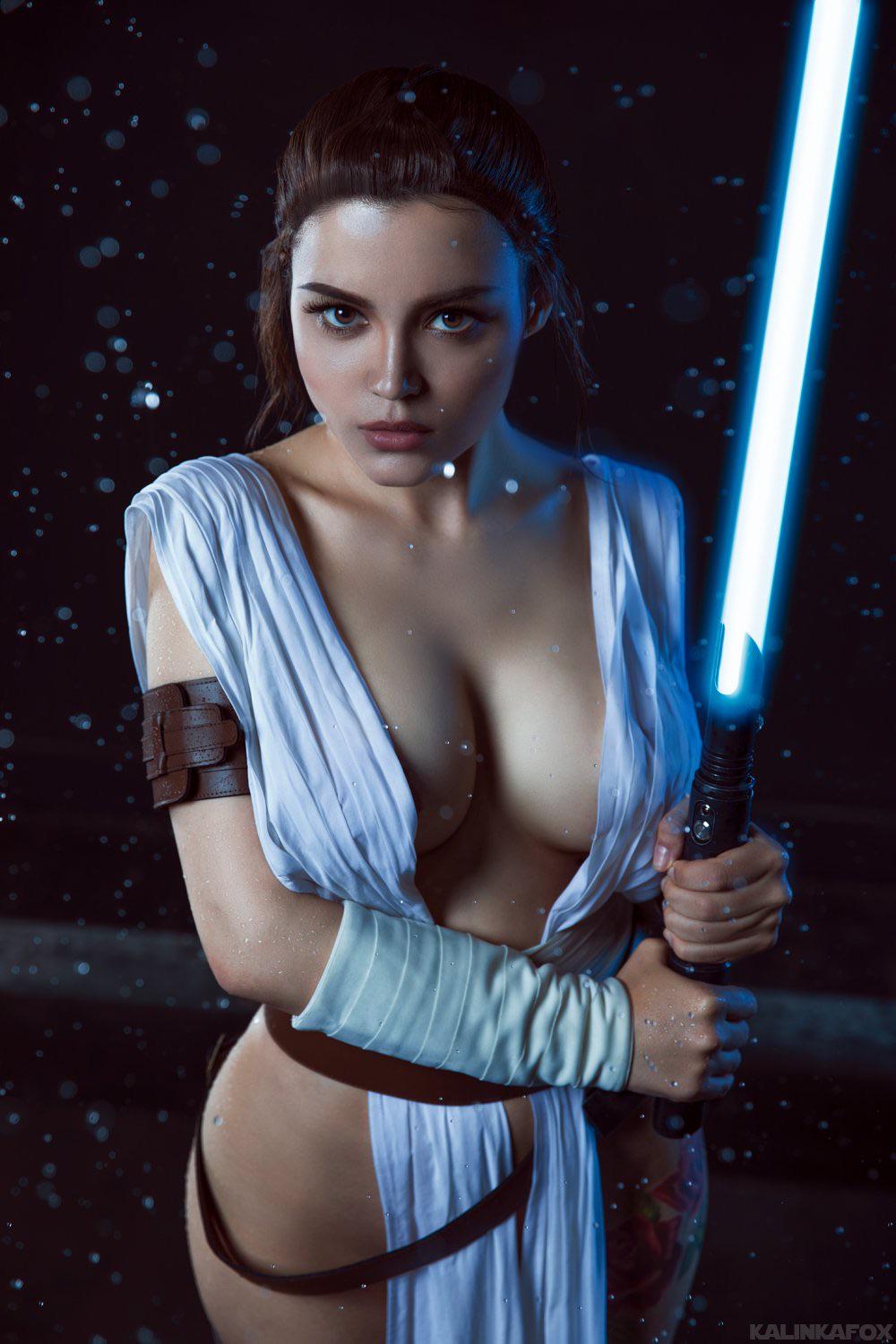 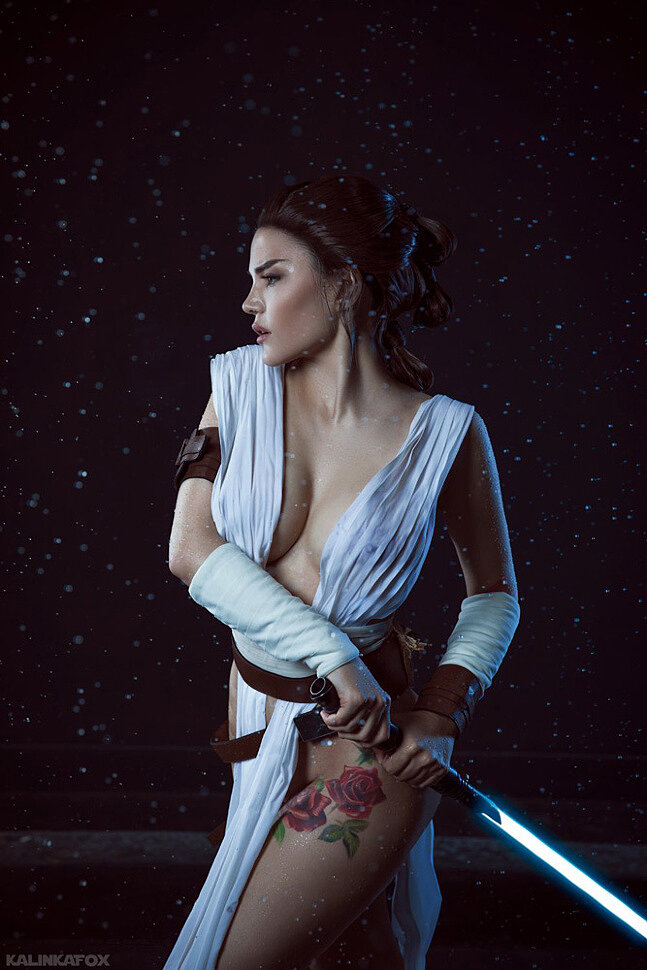 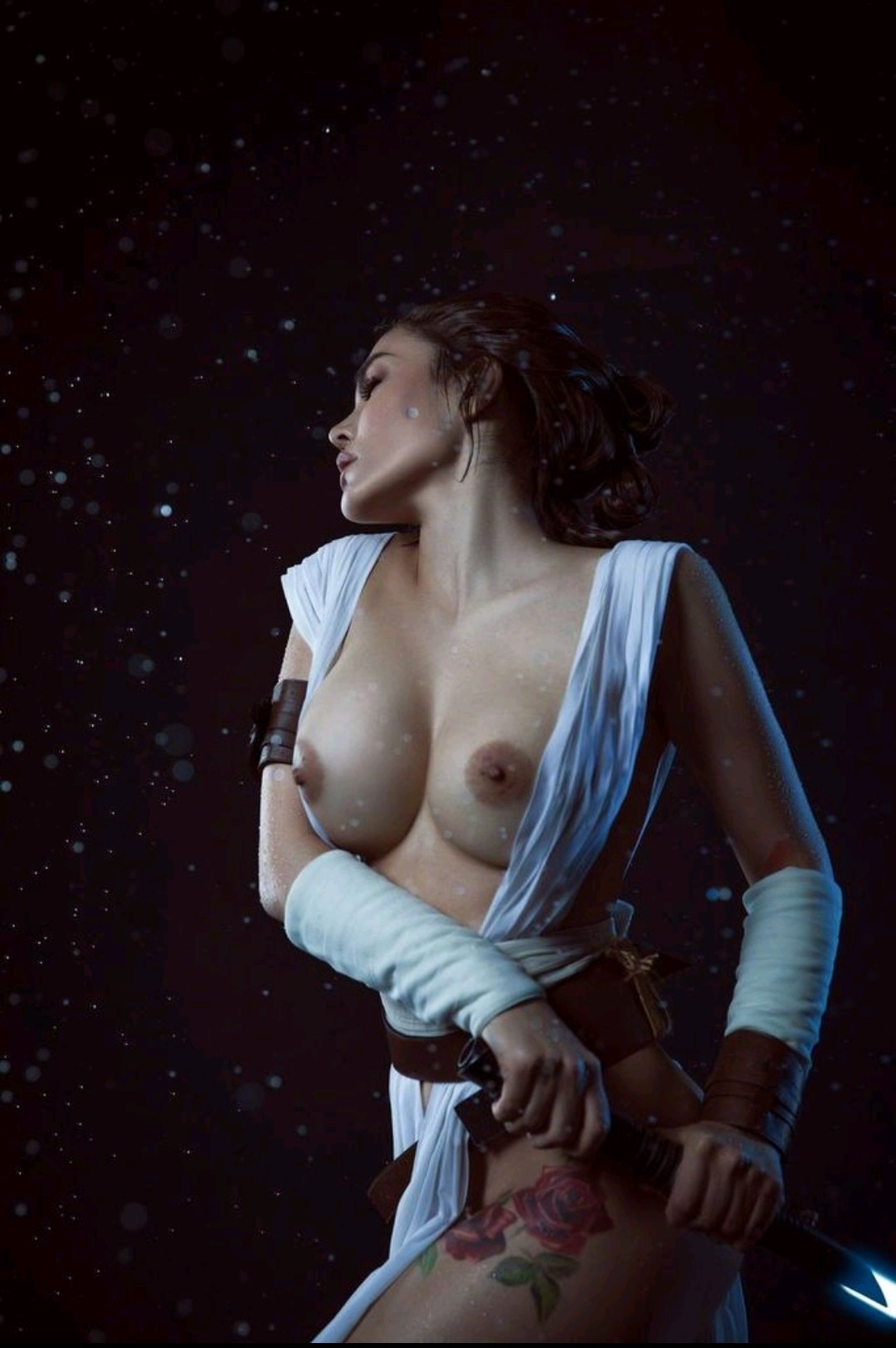 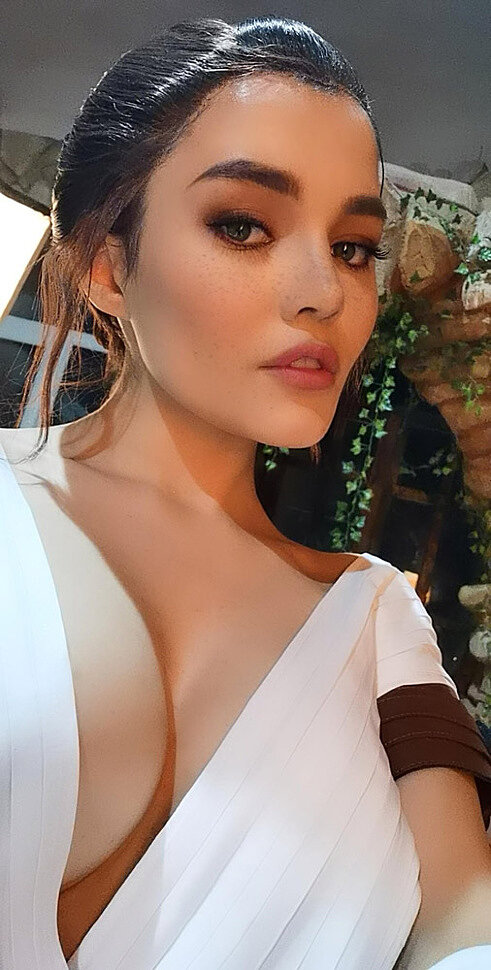 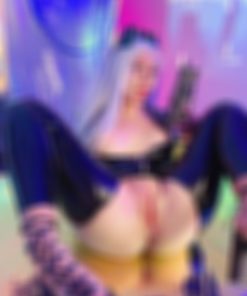 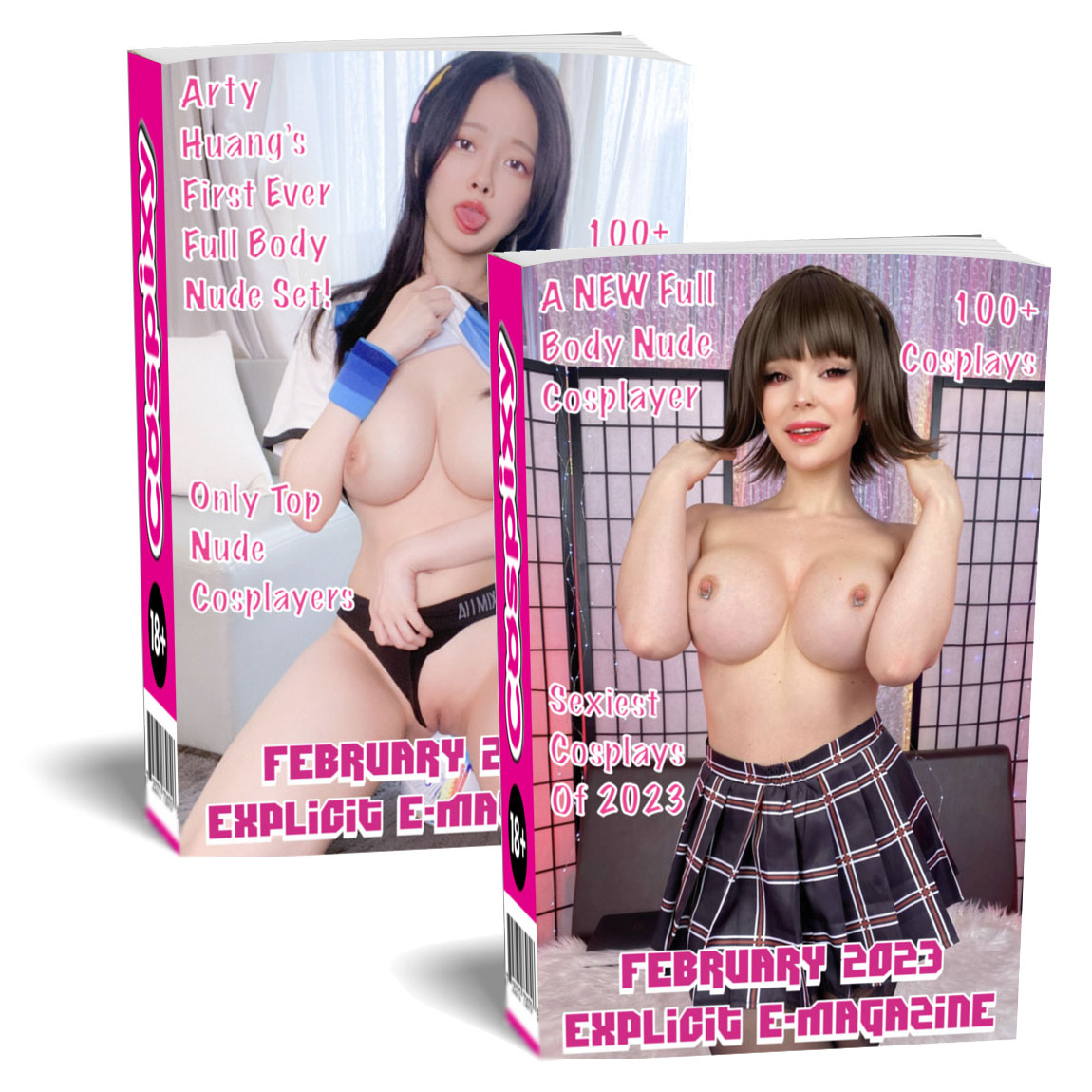 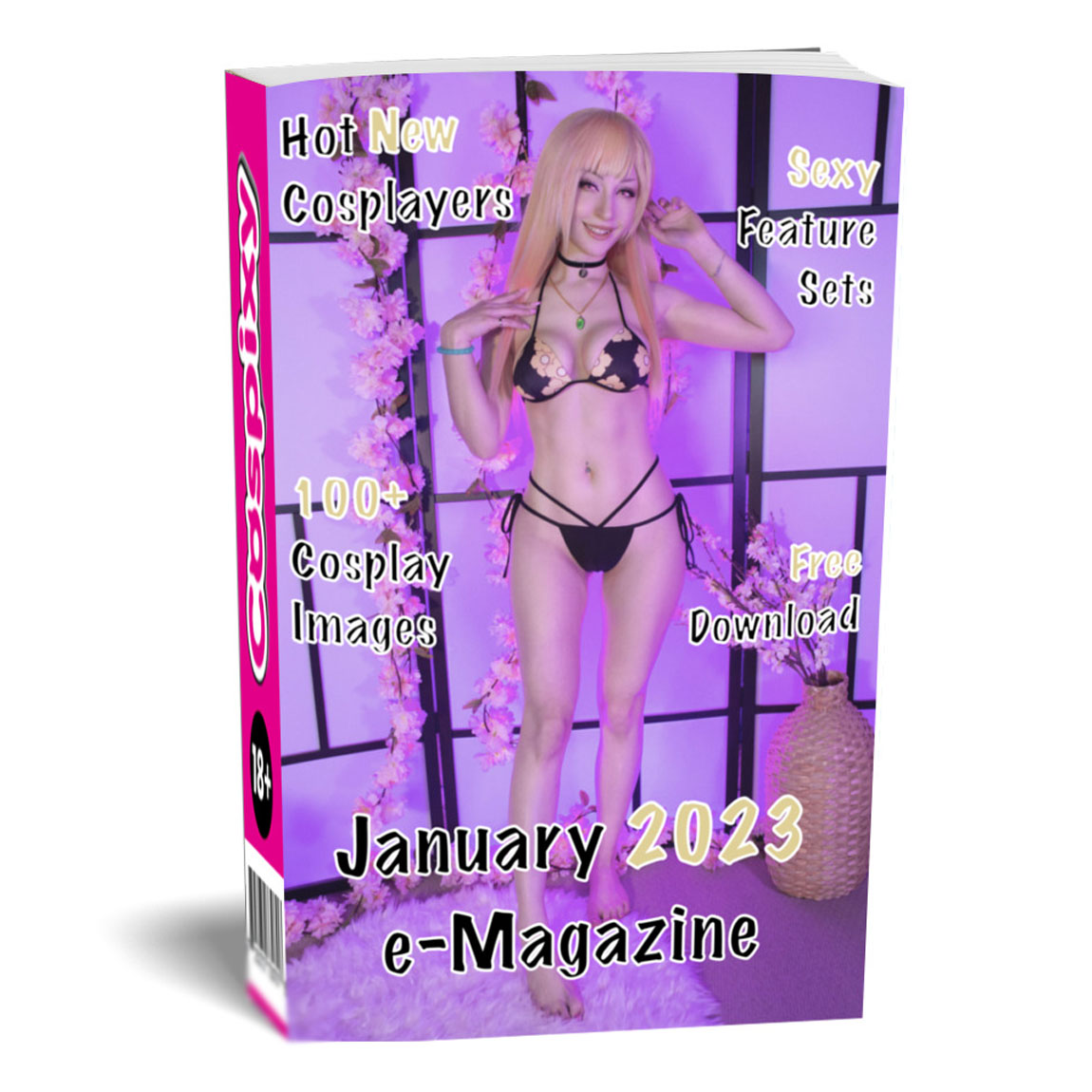 Before we learned the truth about Dark Rey in The Rise of Skywalker, we were all just as obsessed with her foldable, red, double-bladed lightsaber as we were with her goth fashion choices. The movie never offered much of an explanation for these specifics once Dark Rey was revealed as a Force vision, but a closer look at that foldable lightsaber could reveal a lot more.

An archivist at Lucasfilm recently gave the world a closer look at Dark Rey’s weapon, and it’s pretty clear there’s an entirely different biography for Rey lurking right along the contours of this infamous saber. The choices Dark Rey made to build her lightsaber occupy an interesting confluence of headcanon, fanfic, and actual, physical objects, that totally exist in the real world.

Over on the official Star Wars website, a new segment from The Star Wars Show finds Lucasfilm Archivist Madlyn Burkert going deep on the details of three lightsabers from the “ending” of the Skywalker saga: Leia’s saber, the reassembled Skywalker family saber, and Dark Rey’s saber. Burkert reveals interesting tidbits about both Leia’s saber and the Skywalker family saber — including the notion that Leia’s saber was inspired by Queen Amidala’s style — but the really interesting revelations are all about Dark Rey’s double-bladed, flippy weapon.

In-universe, Dark Rey’s saber isn’t something the character canonically ever wields — we only see this thing in a nightmare/dream/Force vision. And yet, it’s very practical and built in a specific way that suggests a kind of alternate universe storyline about Dark Rey and what she might have been into.

DARK REY’S SABER HAS SOME STUFF IN COMMON WITH LIGHT REY’S SABER FROM THE END OF THE MOVIE — The novelization of Rise of Skywalker already confirmed that Rey was working on a design for a lightsaber with a hinge before she had the vision of Dark Rey’s saber. This explains the specificity of the design, it stems from Rey’s normal thought process on how to reverse engineer her experience fighting with a quarterstaff into a lightsaber.

In the new feature, StarWars.com spins this idea stating, “early designs envisioned the Dark side saber as being created from Rey’s staff, but it was decided that the weapon would have been too much in line with the Light side version of her character.”

If we combine these two pieces of information (Light Rey wanted a saber with a hinge and Dark Rey left her actual staff behind) you can come up with a pretty fun storyline supported by canonical material: Had Rey turned to the Dark Side, she would have thrown out her old quarterstaff and built her new flippy-saber from scratch.

This idea is also supported by onscreen evidence. Like Kylo Ren’s red crossguard saber, Dark Rey’s double-bladed saber is spitty and crackly, implying it was homemade and that her turn to the Dark Side wasn’t entirely complete.

WE REALLY DESERVE MORE OF DARK REY AND HER SABER BECAUSE OF ONE SLICK FEATURE — In rewatching the Dark Rey scene from The Rise of Skywalker, you’ll notice one huge problem. It’s way too short. The entire sequence is maybe 15-seconds-long, and unless you watch it frame-by-frame, you’ll miss the coolest thing in it.

Dark Rey’s double-bladed saber doesn’t just flip around because it’s cool, it actually allows her to trap Light Rey’s saber with a cool scissor-effect. Clearly, in Dark Rey headcanon, this lightsaber-trapping move was how Dark Rey won so many battles. It’s one of the coolest lightsaber moves ever, and though variations of this tactic exist in the various animated series, the only time we get to see somebody catch a lightsaber blade with two other lightsaber blade is for less than 5-seconds in a dream sequence.

Right now, none of this stuff really exists anywhere else but in Rey’s visions, and in all of our fun fan theories. But, if further (hypothetical) adventures of Dark Rey were to continue in comics, video games, novels, there’s plenty of material, and cool storylines just waiting to be unfolded.

The Most Incredible Violet Parr Cosplay Collection by Kalinka Fox

Did you like the lewd and nude Dark Rey cosplay collection by Kalinka Fox? Are there any other cosplayers that belong on here? Let me know on twitter @Cospixy or message me on instagram @Cospixy or better yet, just drop a comment below!