The Best Nude Android 18 Cosplay Collection You Will Ever See 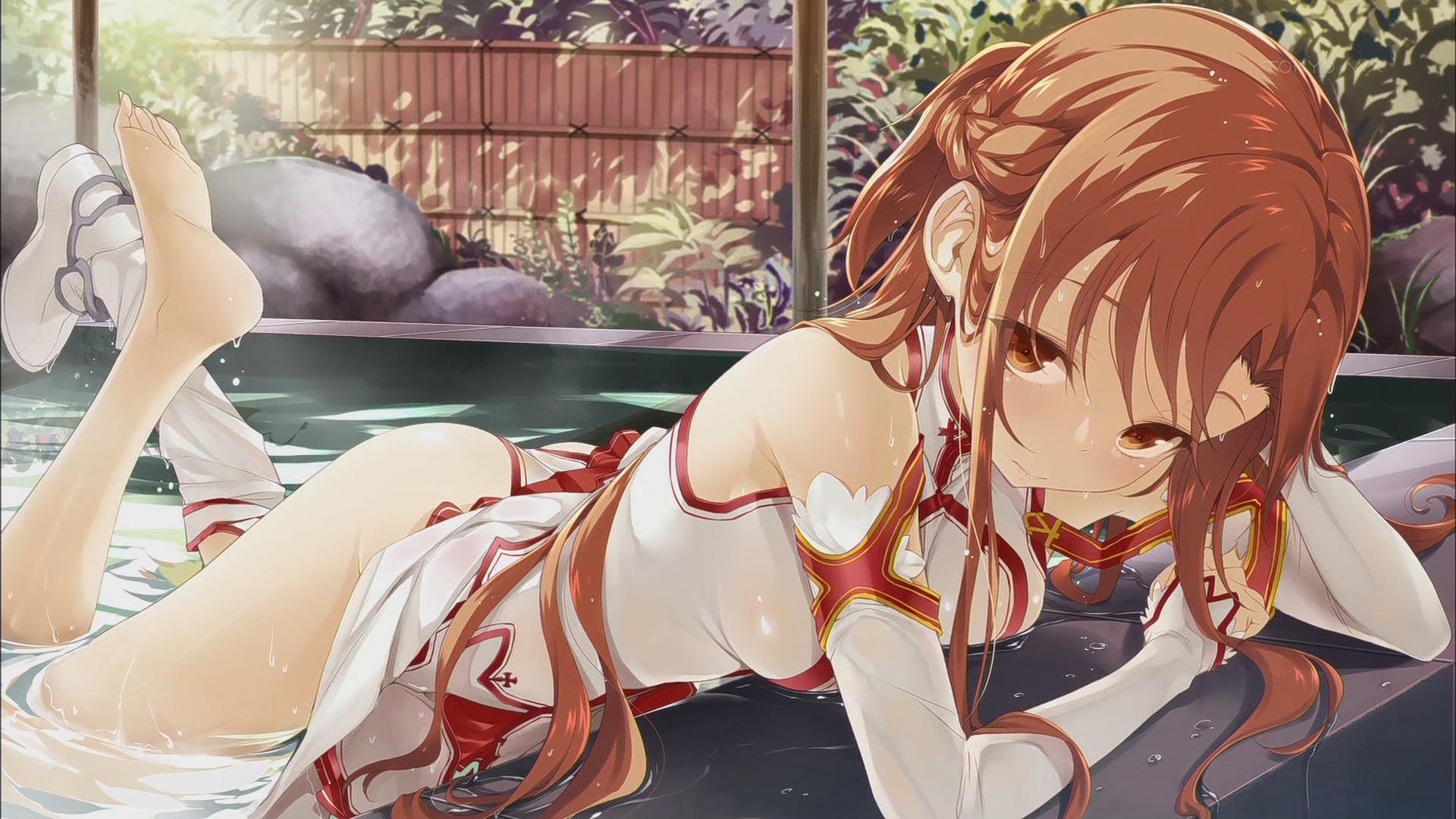 Who is Asuna Yuuki

Cosplaying Asuna, though, entails a lot of decisions, as she has different avatars. In SAO, her popular avatar wore the red and white Knights of the Blood (KOB) uniform with rapier sword. When the series shifted to the ALfheim Online (ALO) arc, Asuna has the Fairy Queen avatar called Titania, which has a white top that has a red ribbon that went around the top part and a long white skirt.

Her other avatar in ALO is the Undine avatar, which has a light blue hair and a uniform that is a bit similar in design to the KOB uniform she wore on SAO, except this one’s blue and white. In the SAO Ordinal Scale movie, Asuna’s avatar wears the augma uniform, which is a white uniform with black sleeves and black stripe on the center, red belt, and red pants. In the SAO Fatal Bullet game, Asuna’s avatar is similar to that of her KOB uniform, except the color of the uniform is white and purple and she’s carrying a gun instead of a sword. 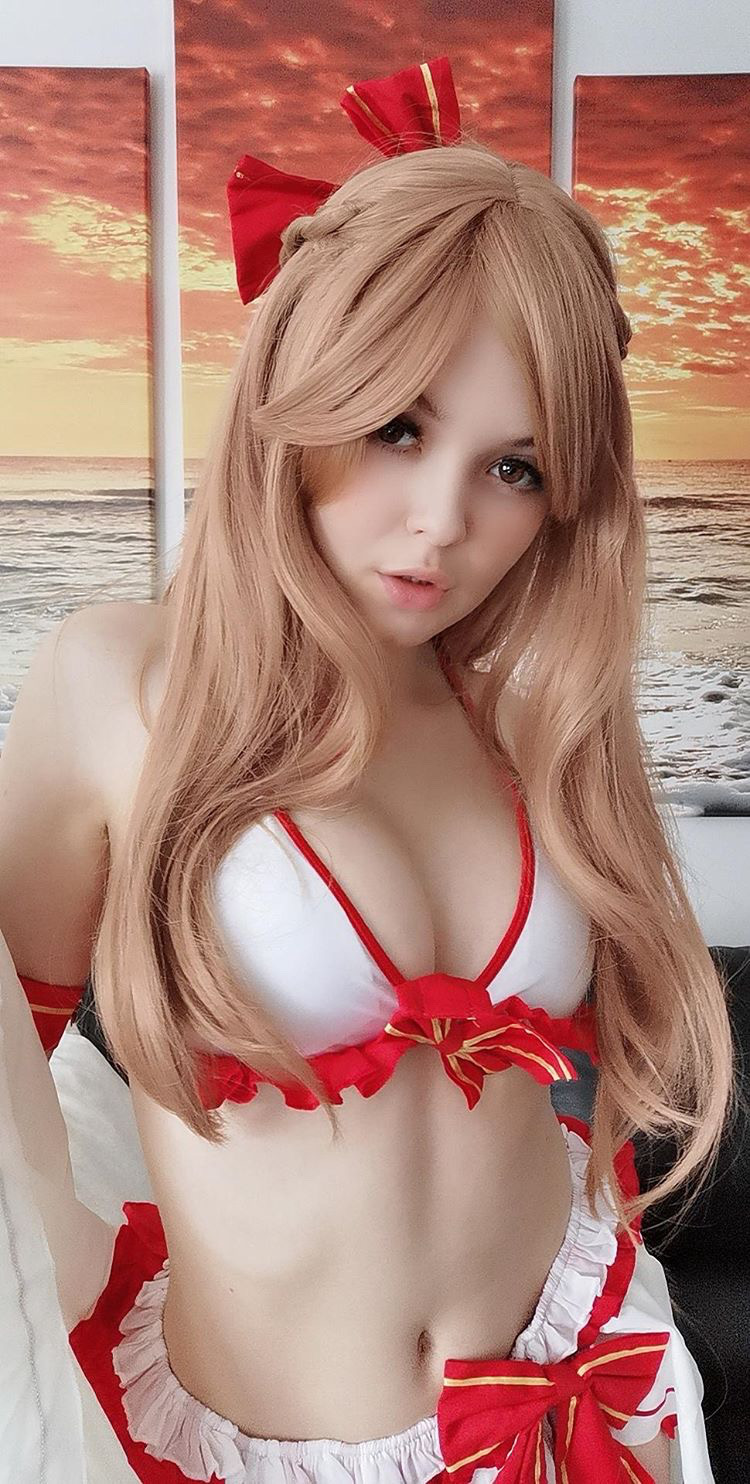 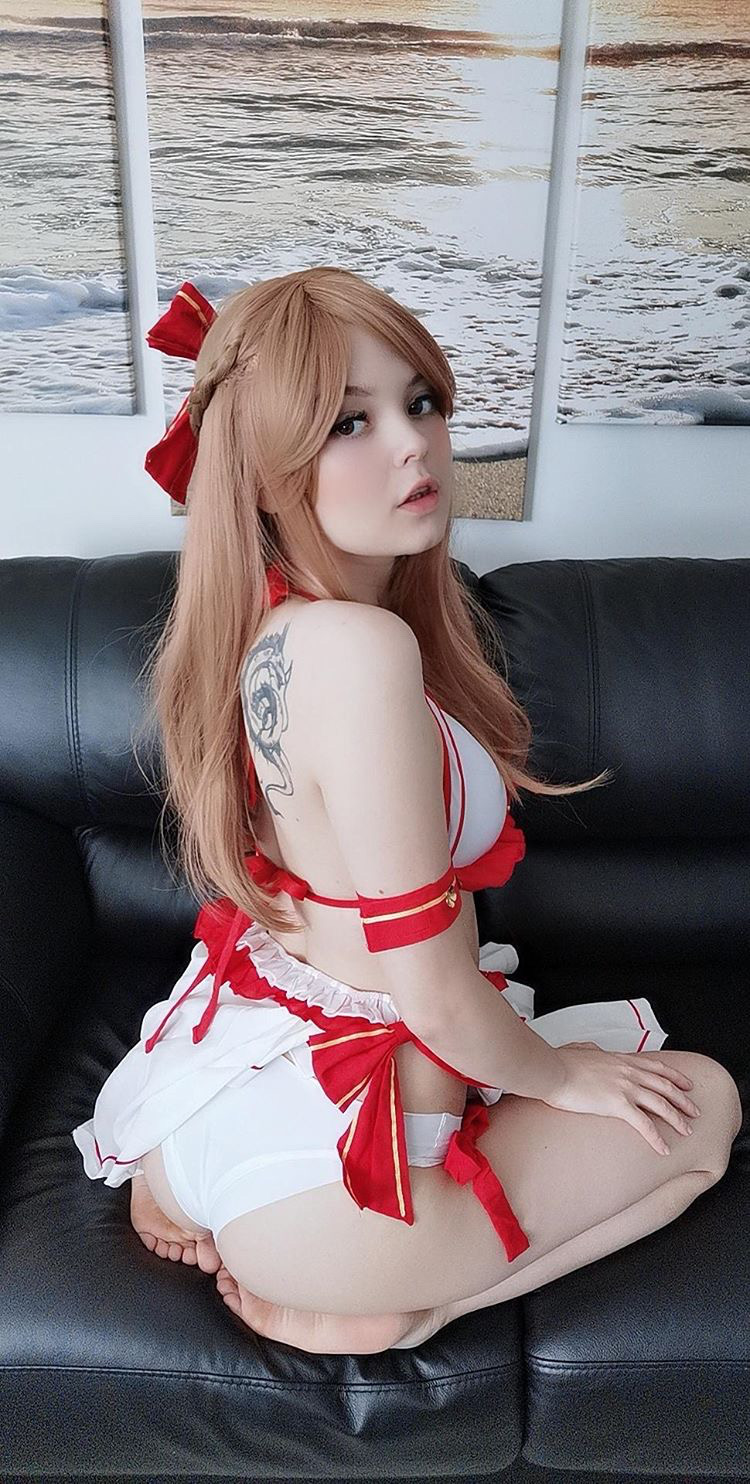 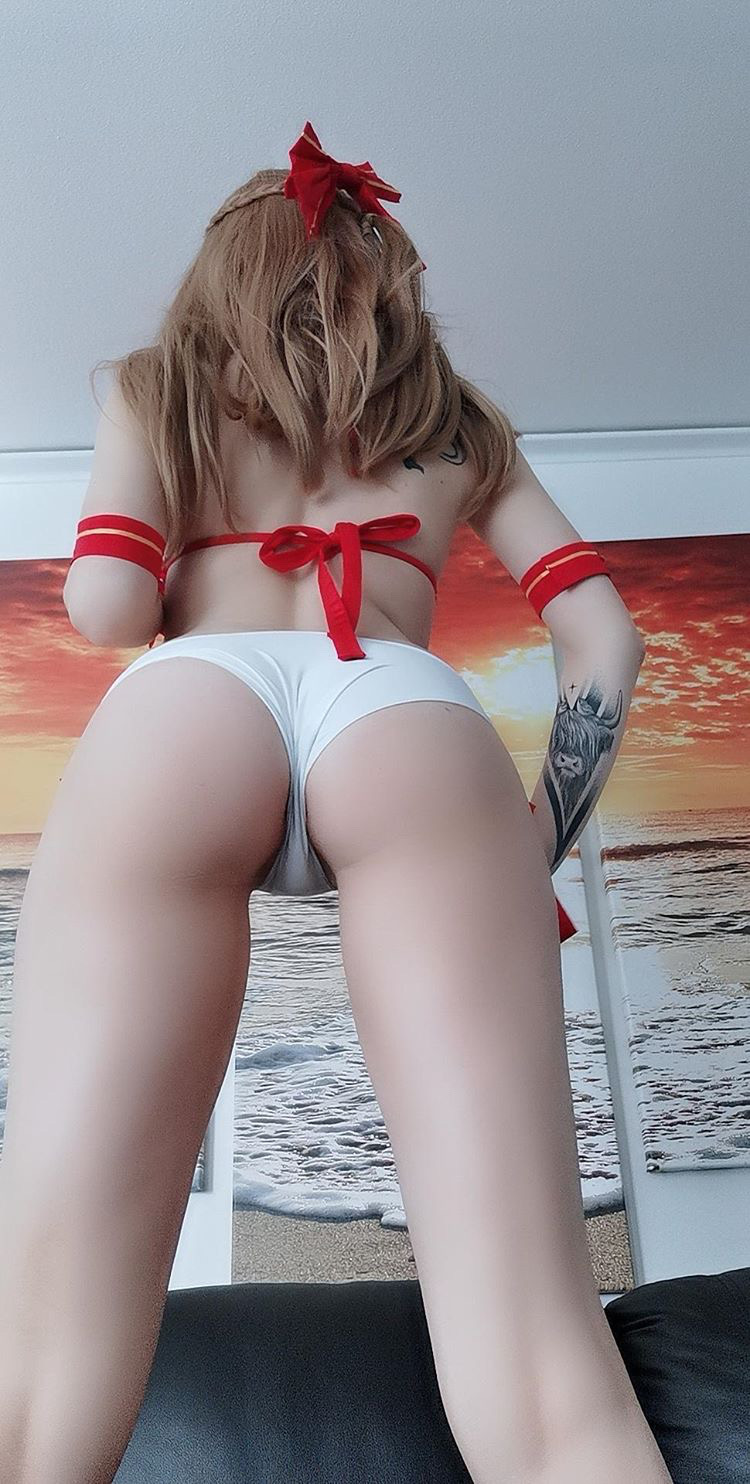 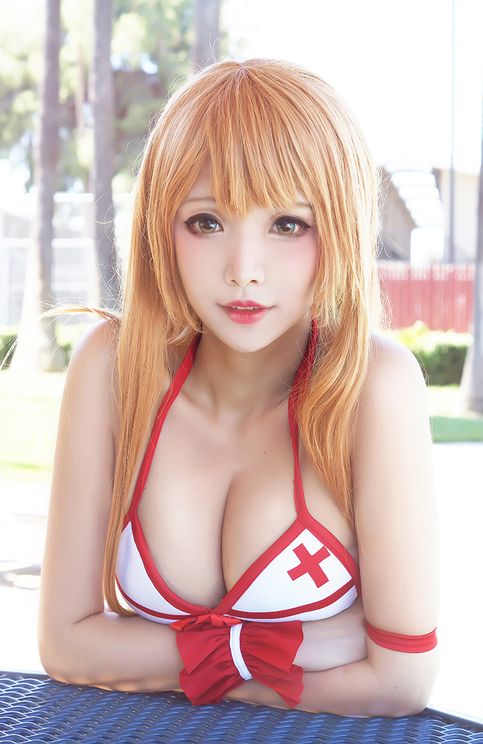 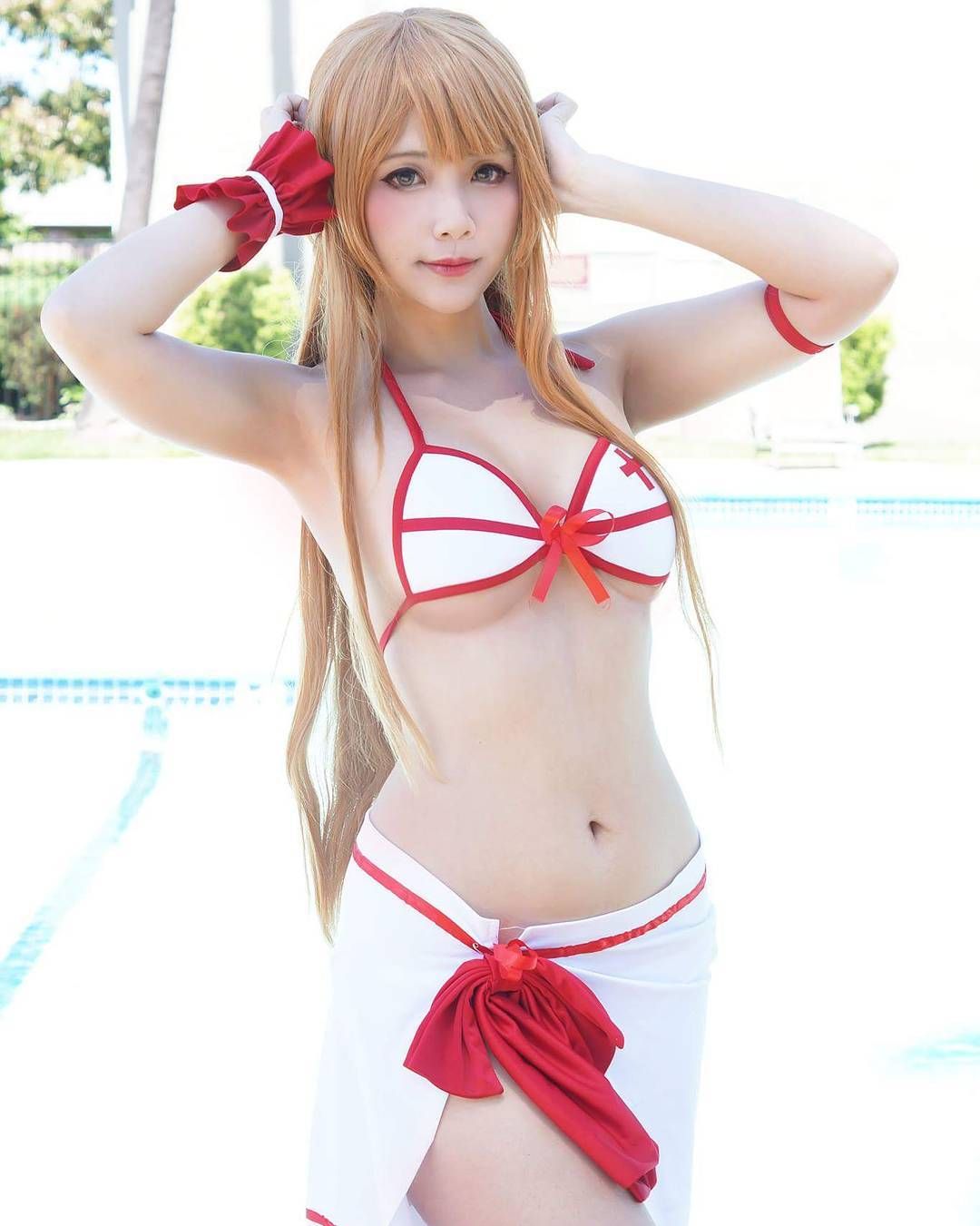 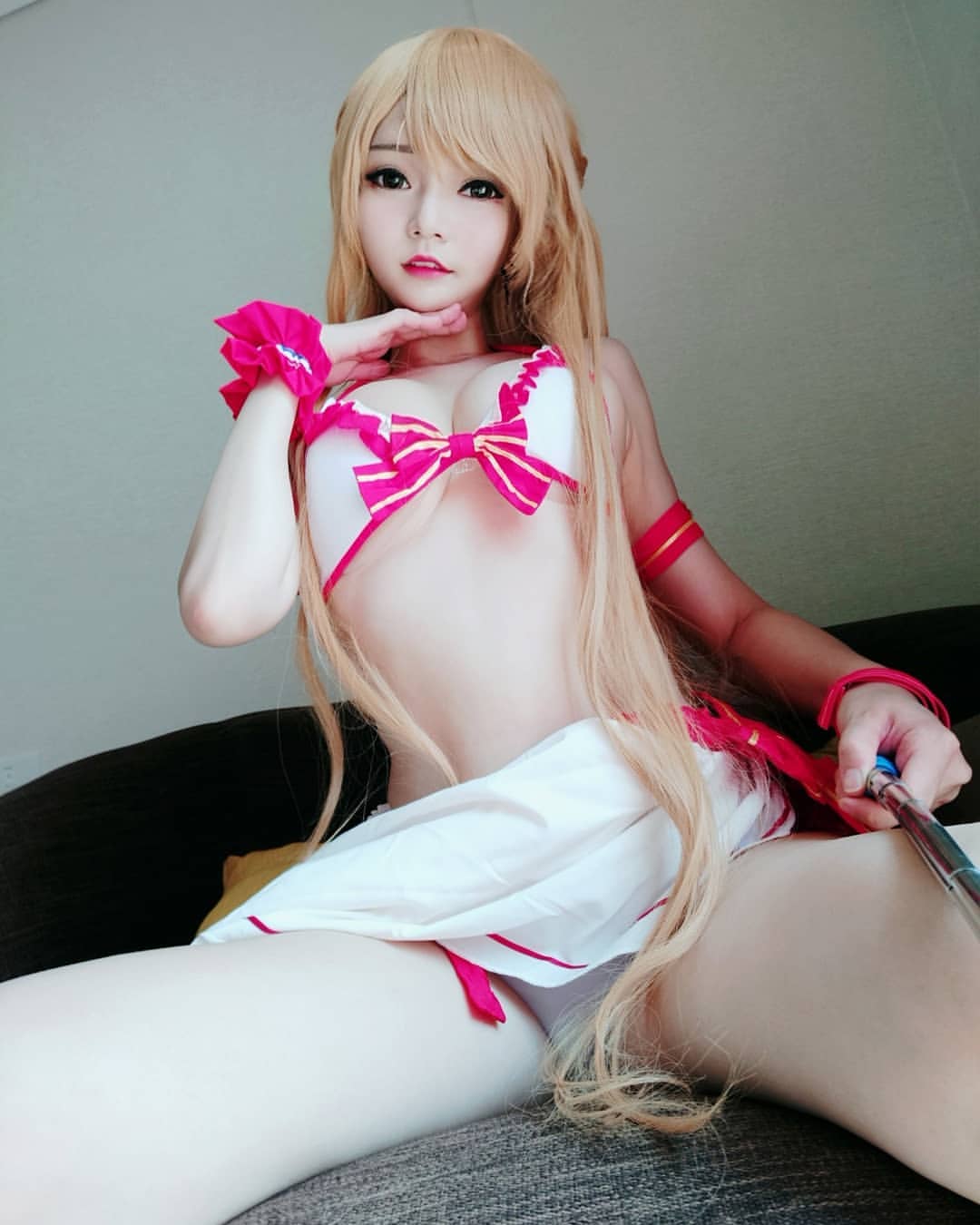 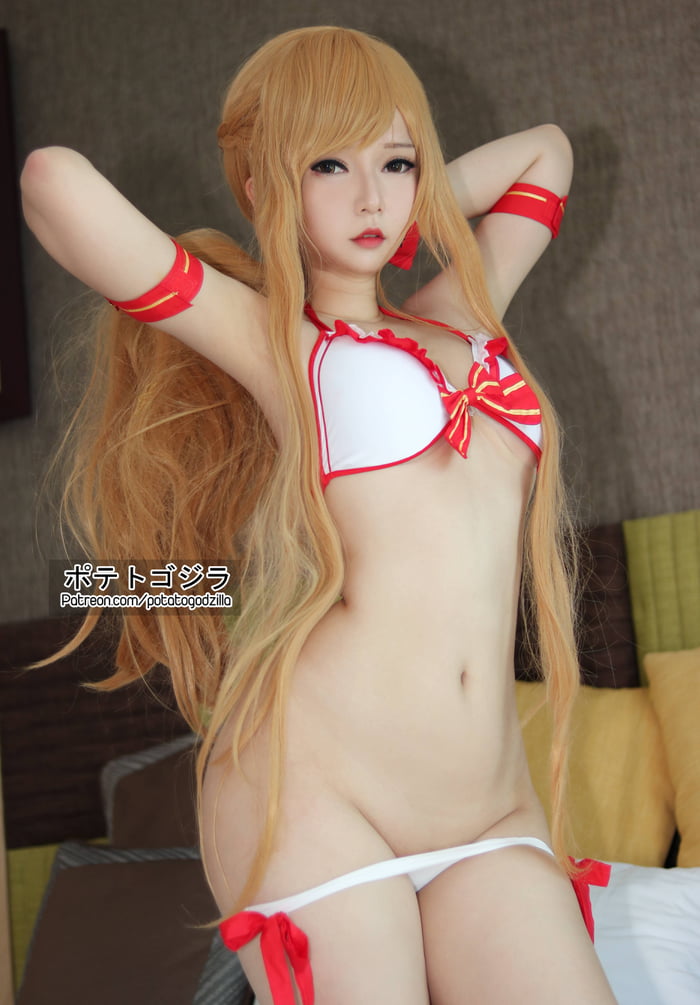 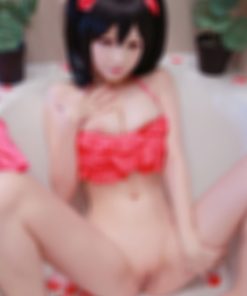 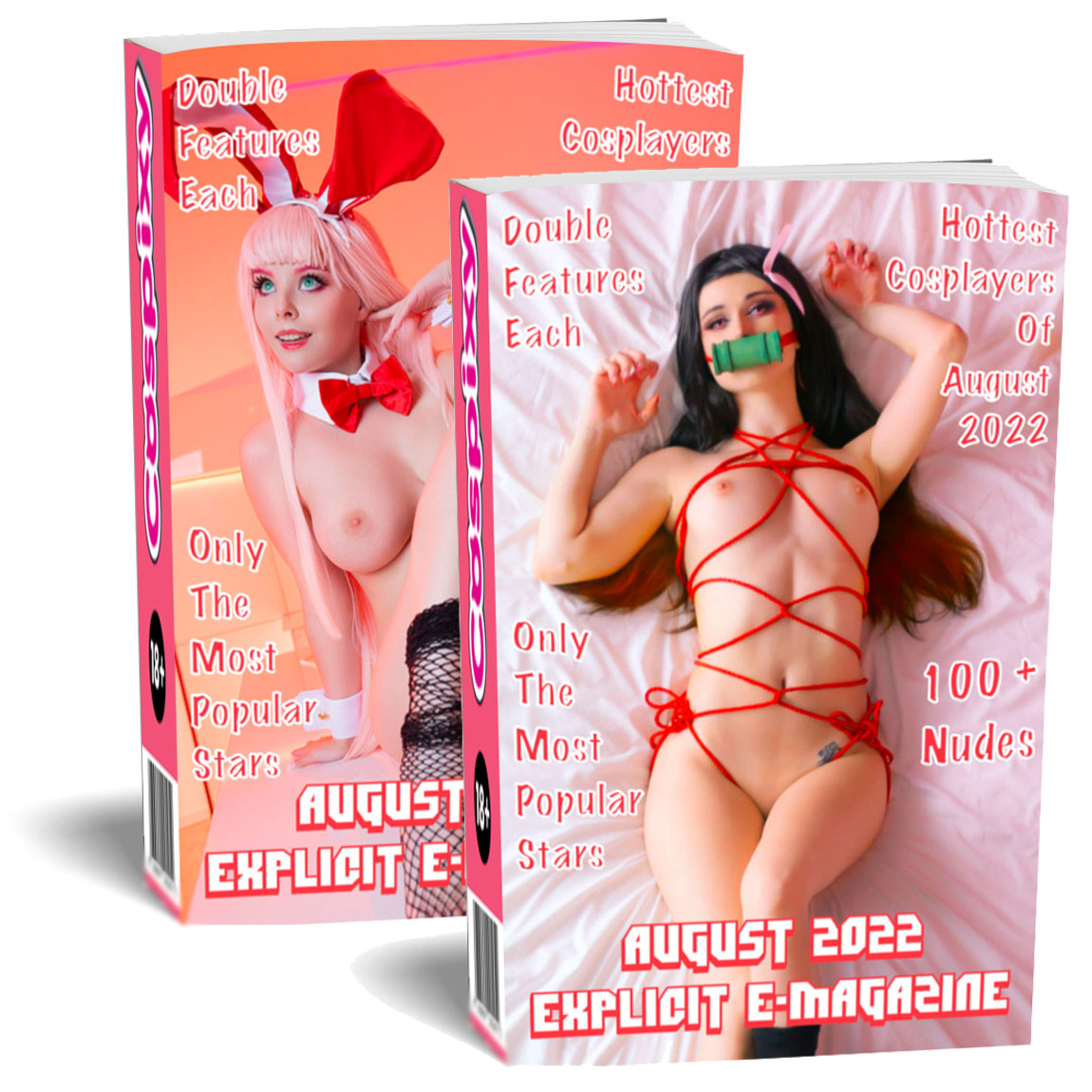 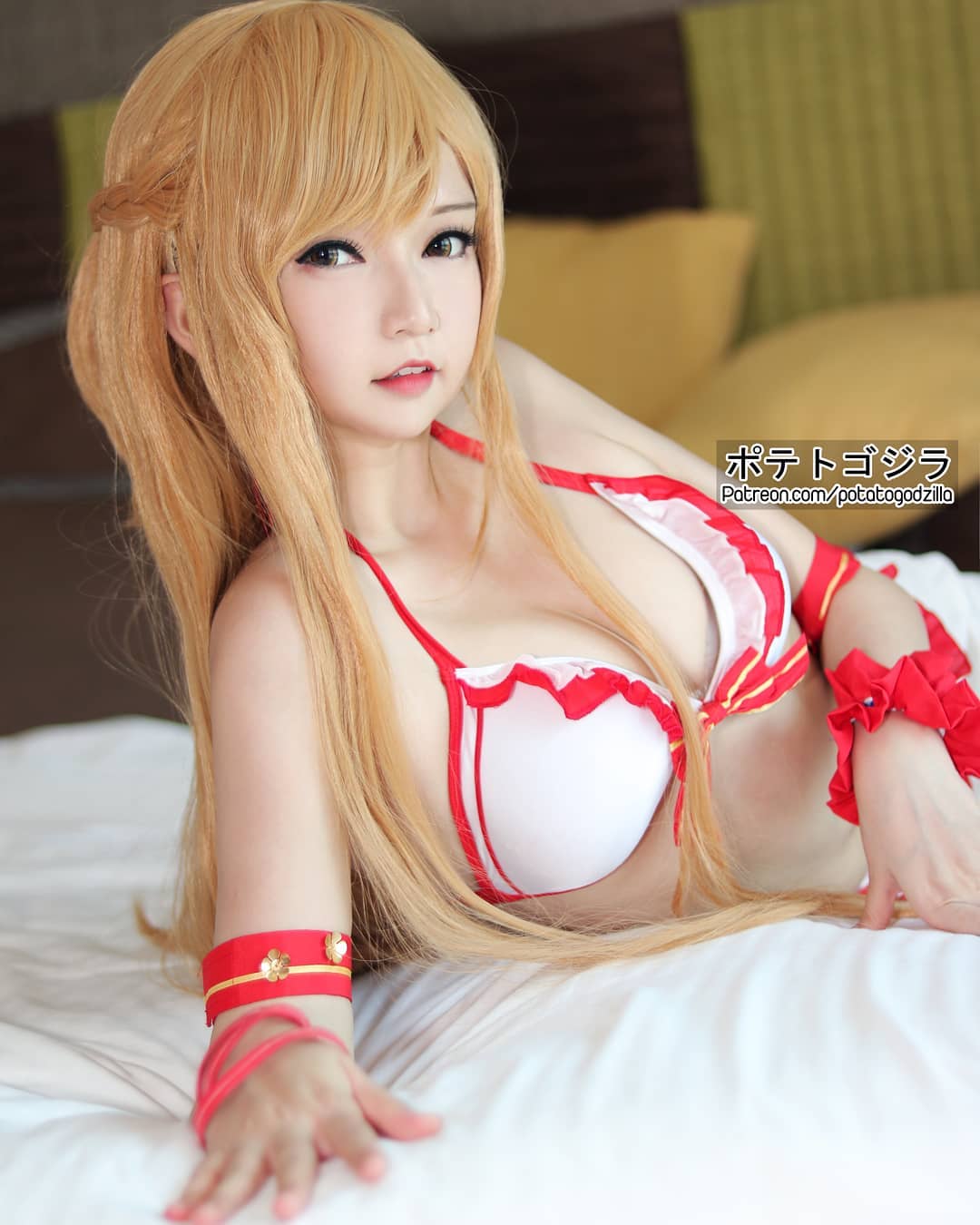 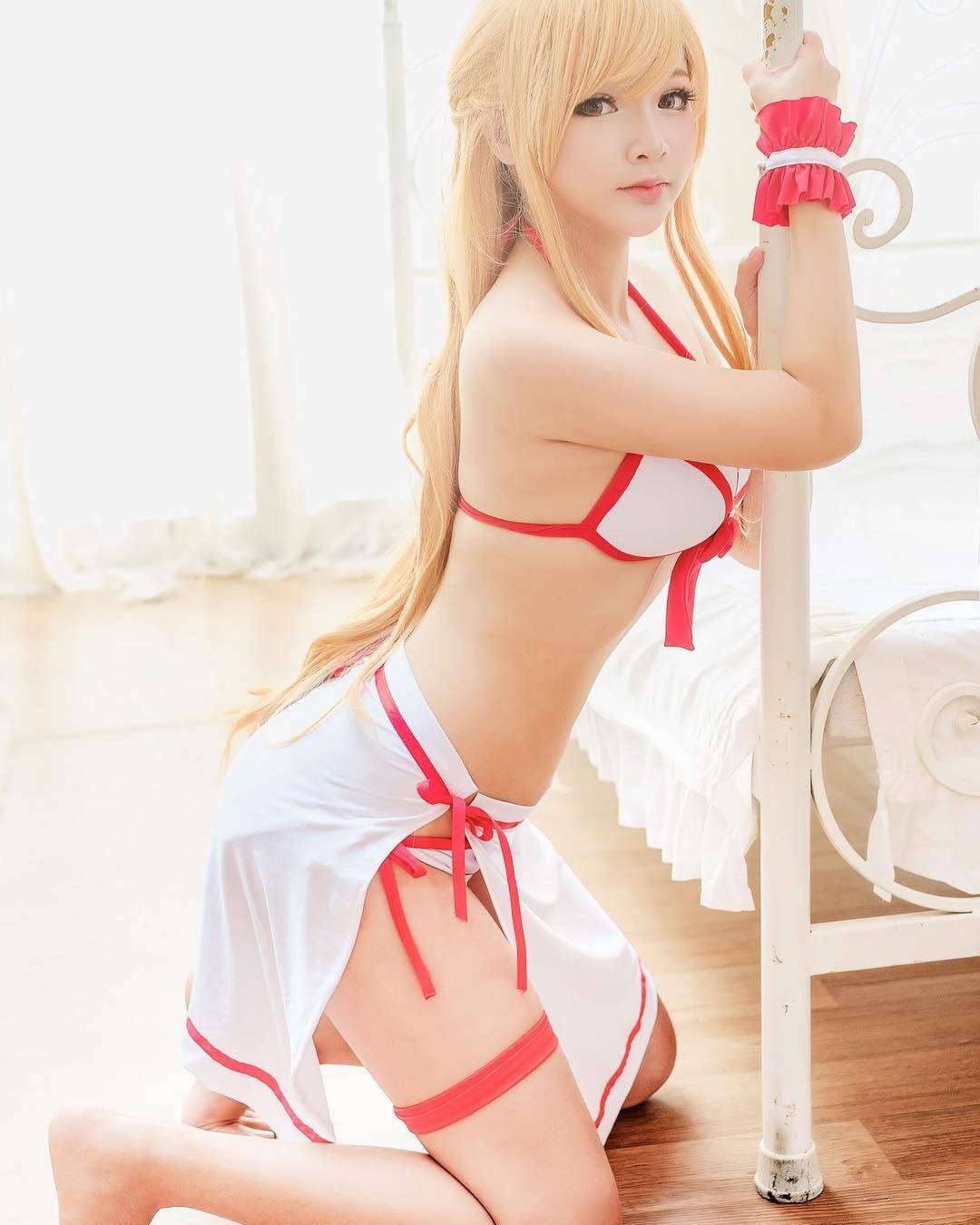 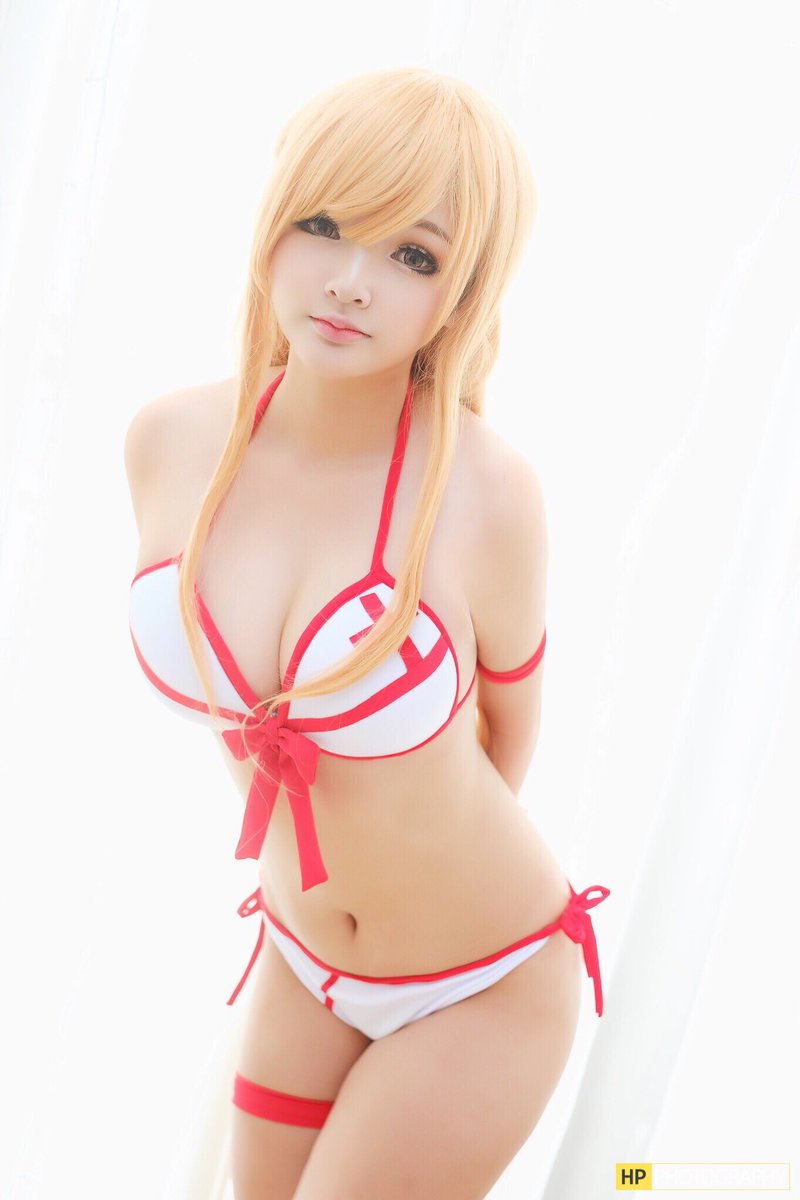 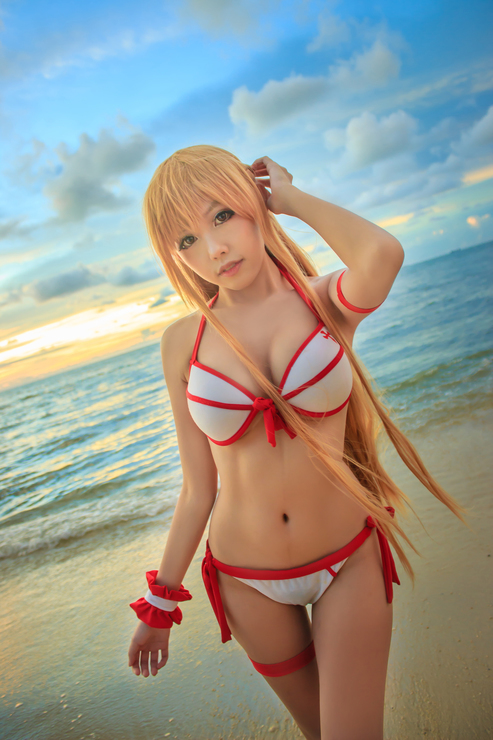 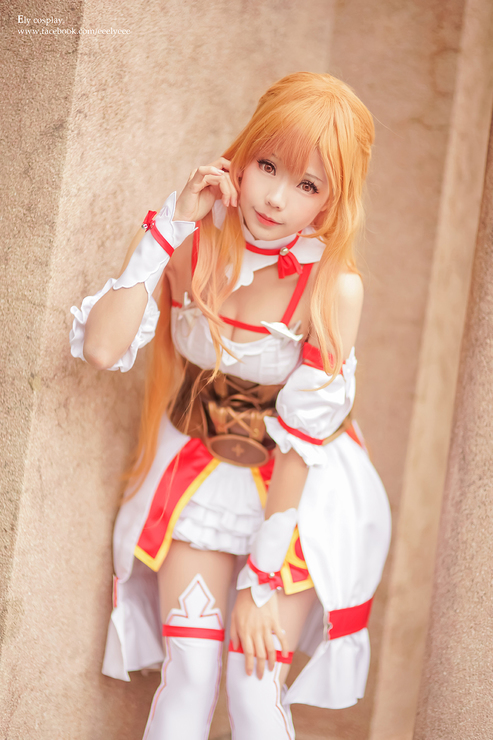 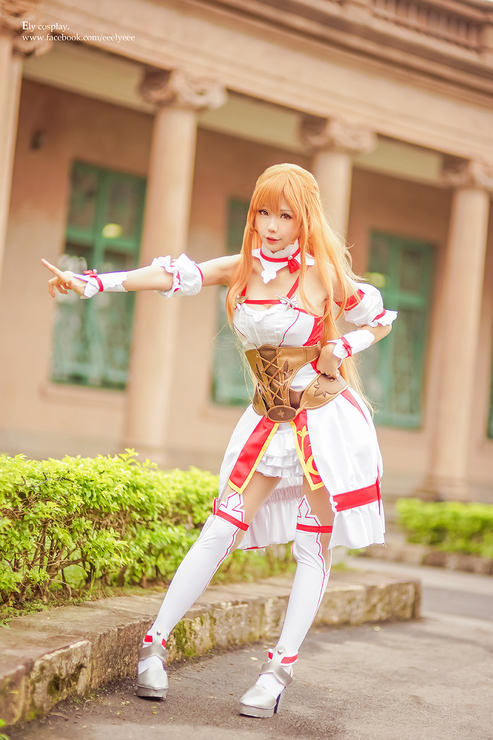 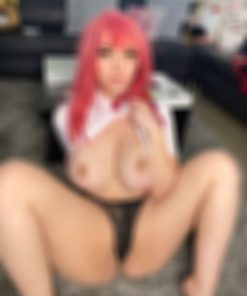 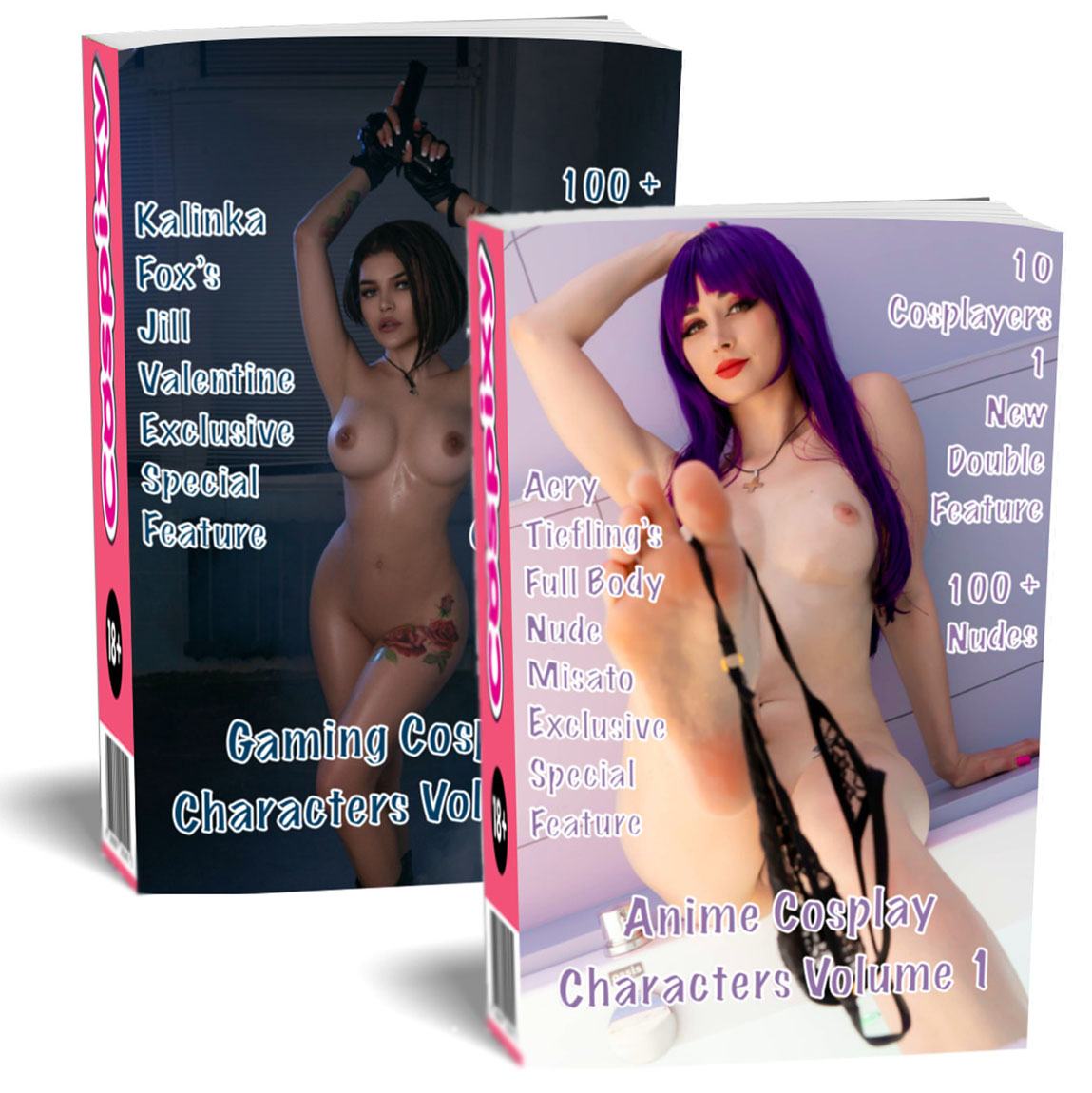 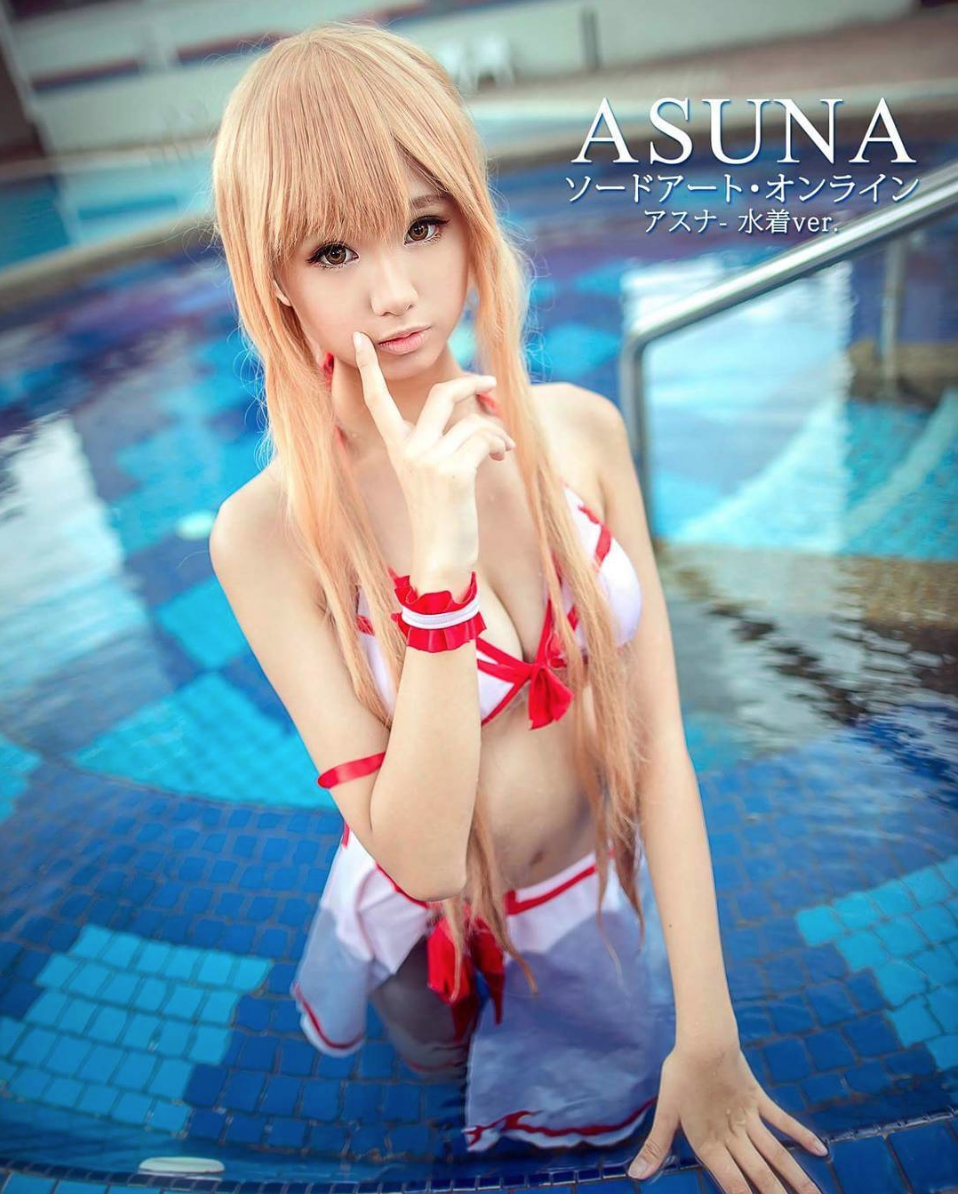 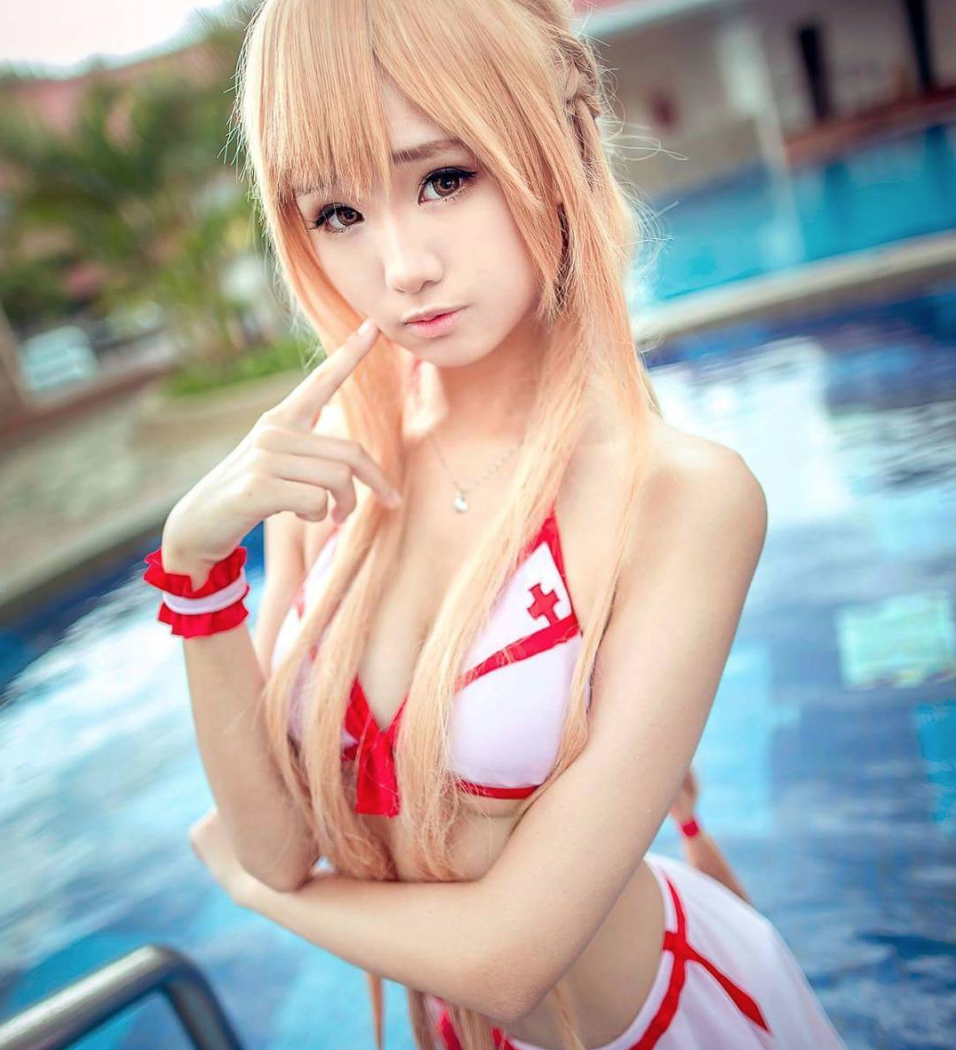 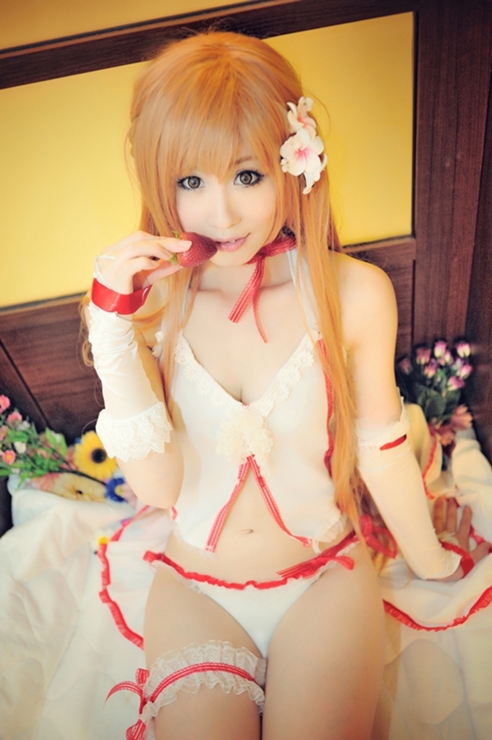 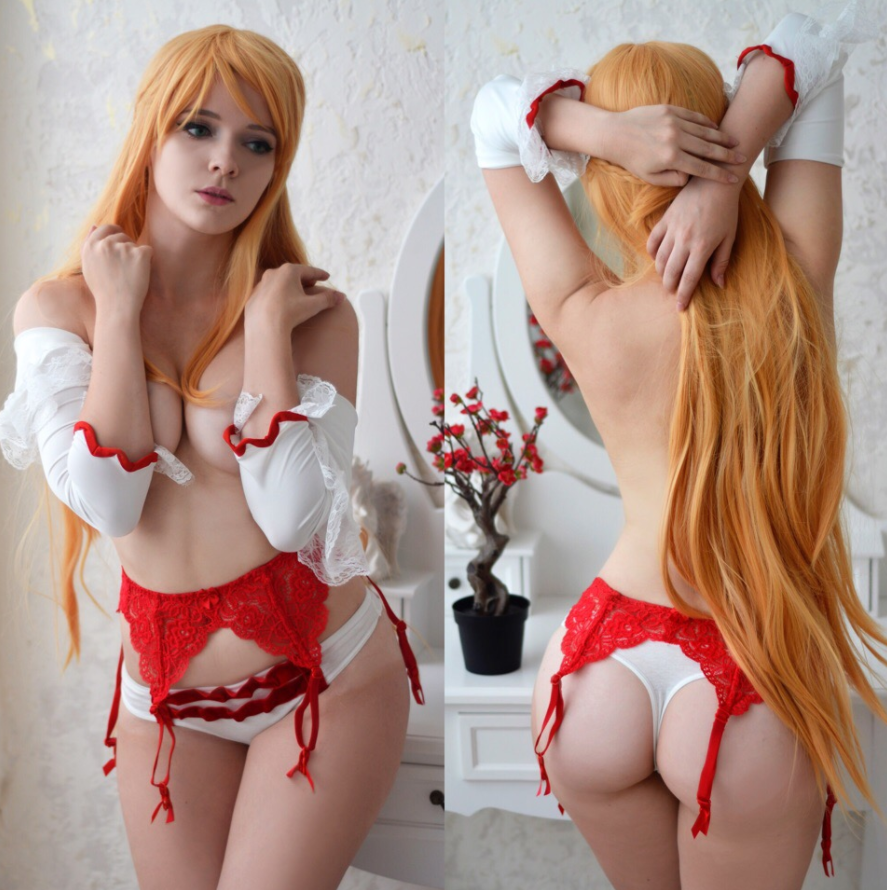 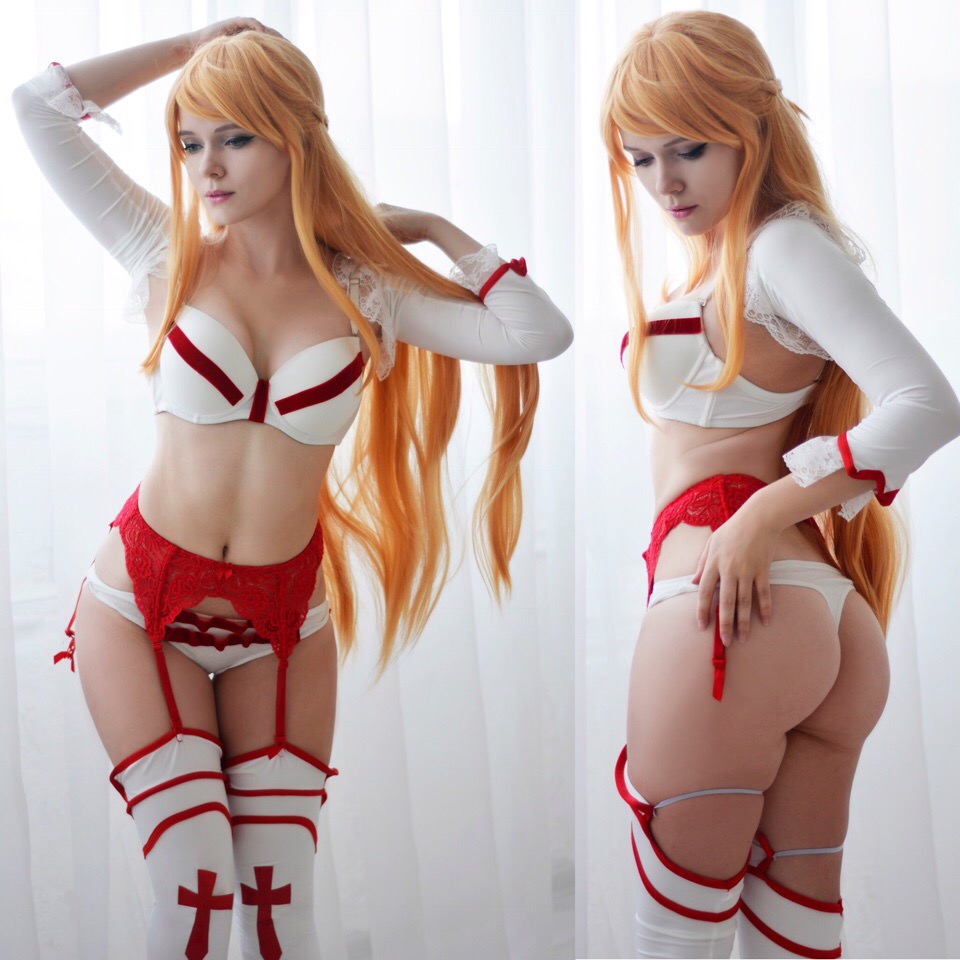 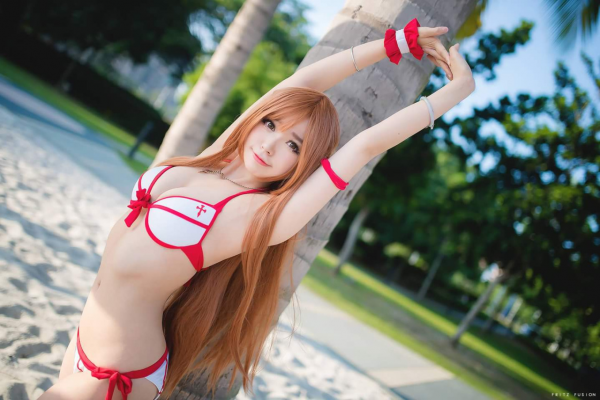 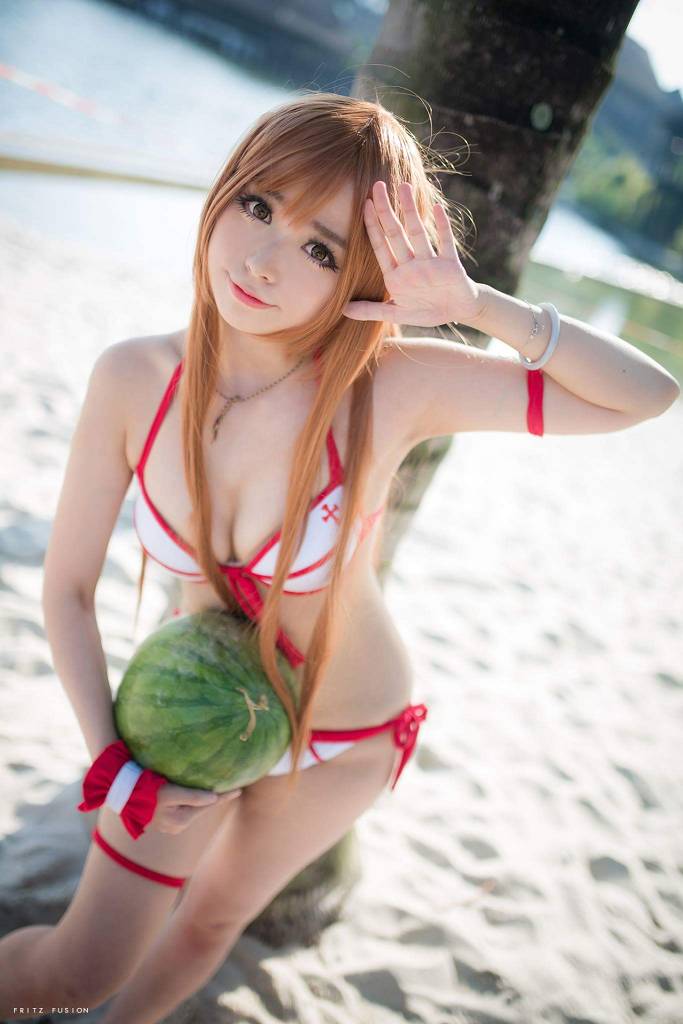 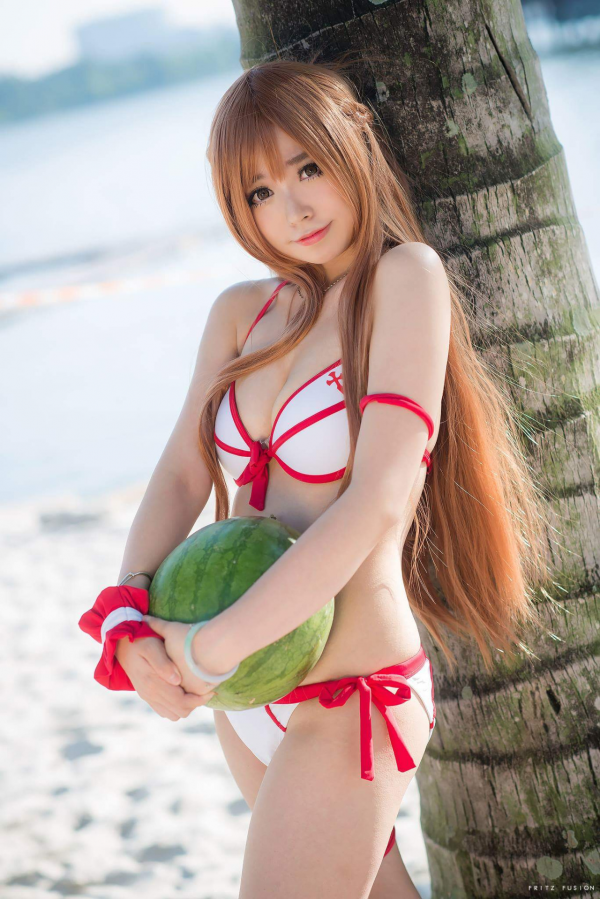 Asuna Yuuki had a lot of different avatars in the Sword Art Online series, but one of the most popular is the one where she is wearing the Knights of the Blood uniform. It’s like a coat that is white with red linings and a red skirt, coupled with white boots.

This costume cosplay will be paired with a long orange-brownish chestnut wig for Asuna’s hair and will come with two accessories, the heart blue crystal necklace and the rapier sword with red scabbard. You will also get an Asuna Yuuki figure that’s wearing the Knights of the Blood uniform.

The popularity of the Sword Art Online (SAO) anime series has reached cinemas with the Sword Art Online: Ordinal Scale movie. Ordinal Scale is an augmented reality game, which means the game takes place in the real world. Asuna Yuuki was one of the first players of the game and she experienced success in the early parts of the game, even defeating several bosses. But the game is causing her to lose her SAO memories, forcing her to stop playing for a while, returning only in the end to help defeat the main boss.

Asuna’s avatar in the Ordinal Scale is her only appearance where she’s wearing pants instead of the usual white coat, which is a good and easier alternative to cosplaying the character.

The Best Nude Zero Two Cosplay Collection You Will Ever See

Did you like the Nude Android 18 cosplay collection? Are there any other cosplayers that belong on here? Let me know on twitter @Cospixy or message me on instagram @Cospixy or better yet, just drop a comment below!